Where and when might one be able to spot a Spikersaurus or a Serverceratops? On February 15th, 16th, and 17th at Kalapaki Beach in Lihue on the Garden Island of Kauai. 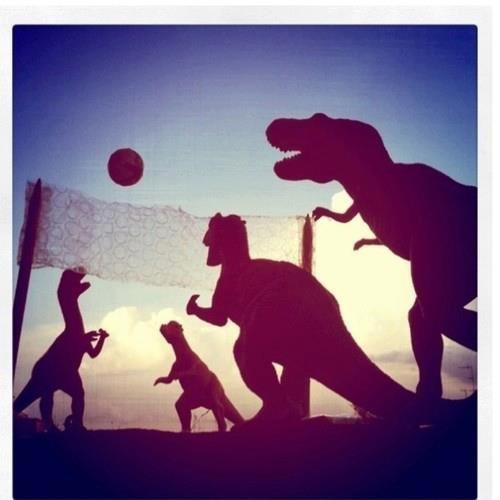 In its 19th year running, the annual (and world famous) Hawaii Beach Dinosaur Volleyball Tournament will run in a couple weeks and I can’t express how excited I am to once again take part in this tourney of tourneys.

Started in 1995 on the Big Island by Dave Chaikin and Marin Artukovich, this one-of-a-kind event has made its way around the Islands and for the past couple years has found a home on Kauai.

With a premise of the more “age-acquired” folks being able to contend with the youngsters, this competition has one central rule: 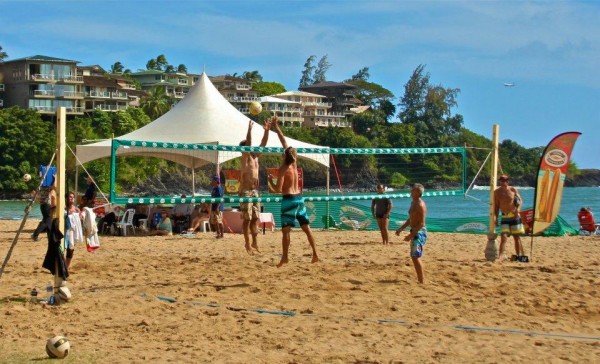 While it's friendly, it's also fierce…

While the tournament was originally so “old school” that there weren’t even refs, it has evolved to incorporate other players for the officiating. Other basic rules that keep it somewhat “old school” are:

With three-regulation, world-class beach volleyball courts and a convenient bay setting sheltering play from potential wind interference, Kalapaki Beach has proved to be an ideal venue and we’re all stoked to get back on the court with each other. The field will consist of a slew of professionals like Gabrielle Reese and Kevin Wong, along with players from around not only the Islands but also the world. 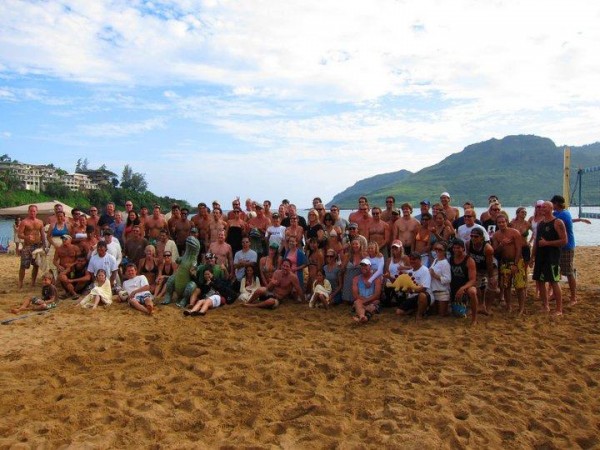 An epic venue for an epic crowd

Sponsored by Duke’s restaurant at Kalapaki Bay, the Kona Brewing Co. Longboard Island Lager and the Kaua’i Marriott Resort and Beach Club, this year should undoubtedly prove to be another action-packed, competitive, fun-filled tournament.

When the competition is over and the victors have been decided, we’ll all gather for an après-tourney feast, with much fun to had by all.