Is Your House in a Flood Zone?

Every year, Hawai’i has a rainy season. Depending on where you live, it may be a winter rain season or a summer rain season. But for the majority of the State of Hawai’i, the winter season is the rainiest season. Because Hawai’i gets a lot of rain, knowing your flood zones, and what each of them means, is an important part of both buying and selling property in the state of Hawai’i. It is something every buyer and seller needs to know. This article is a guide to the rainfall flood zones in Hawai’i and is important information for all homeowners and prospective homeowners in Hawai’i.

Now, you may be asking, why is a Realtor-Broker writing a detailed article on flood zones? Well, before I became a realtor, I became a real estate attorney* (and as of the time of this article I am still licensed as an attorney in both Illinois and Hawaii). I’ve reviewed flood zone maps on over 1,500 properties from that experience. Before that, I studied physical geography, geology, and analytical mapping (GIS). In college I mapped streams and flood areas, and even did a yearlong mapping research project on near-coast hurricane flood risks, both from ocean water and rainwater. There is both an art and a science to choosing a property with the least flood risk possible. But, there are never guarantees–even within certain risk zone there can be wide differences parcel to parcel, and buyers are often able to review this data before buying.

Why You Should Know Your Flood Zone

It is very important to ask your Realtor about your flood zone, and is it important for your Realtor to advise you on your flood zone when you buying or selling in Hawaii. The mountainous geography leads to micro-climates that strongly affect local flooding and rainfall. The homes in Hawaii have unique terrain that includes mountains, hills, streams, wetlands, and even former now-developed wetlands (examples of former wetlands include the areas near Ala Moana and Kaka’ako on Oahu—SALT at Kaka’ako is actually named after the old salt pools this development sits upon). Due to the amount of development on both Oahu and the other neighbor islands, and also due to the limited sewer system infrastructure as compared to the people that live on these islands, knowing your flood zone here is imperative. This article will only cover the rainfall flood zones rather than coastal (ie ocean-related) flood zones.

I have written what I view as a detailed but simplified guide, below. However, this guide is pretty technical because flood zones are pretty technical. I have lived on both Oahu and Maui, so this guide talks more about these places than the other islands. However, if you want information about a particular island or a particular neighborhood, please reach out to me personally and I will be glad to assist you.

If you have questions about rainfall flood zones, site selection, or other data-driven real estate questions, please feel free to reach out to me:

What Are the Flood Zones in Hawaii?

In the State of Hawaii we have multiple flood zones for rainfall. The basic non-coastal zones defined by FEMA are: A, AO, AH, AE, X, XS, and D.

Each of these zones has its own peculiarities risks associated with them. No matter which zone you buy in, however, it is a good idea to physically look for those telltale signs of past floods at the property: the dark lines at the base of a house from a past flood, and water flow marks on both the ground and the streets around. 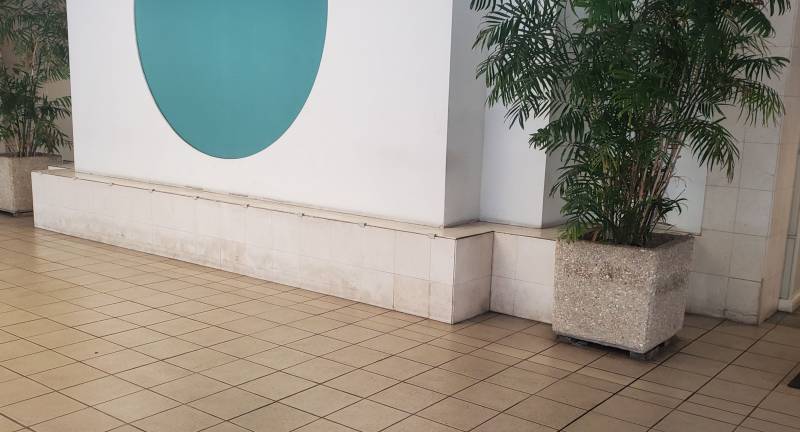 Flood lines on a Zone X property in Honolulu, HI. Notice that the lines up the wall are numerous, and range from a few inches high to over a foot high? You can see the water marks on the plant to the right, over 16 inches up the pot from the storm on 12/6/2021.

This short video shows what floods look like in Downtown Honolulu and near Ala Moana in Honolulu on 12/6/2021:

This refers to any area which simply hasn’t been mapped for flood hazards. This isn’t a Special Flood Hazard Zone, so it is generally not subject to the higher flood insurance rates, but it doesn’t mean it will not have a flood risk. This is probably the biggest flood zone in the state. For a property like this, the best option is to first tap into local knowledge regarding whether there have been past floods. Next, on physical examination of the property, it is a good idea to look for telltale signs of past floods, including ring-marks at the base of the house that indicate mineral deposits from a flood, or smooth or ripples areas in the pavement that indicate water has flowed through the area.

For the least amount of risk, X is the way to go. A property in the X zone is not within what is called a “Special Flood Hazard Area,” meaning that there is a lower risk of flooding and there is likely no requirement to purchase flood insurance. If you do purchase flood insurance it will likely be cheaper and have higher coverage limits than in a high risk area. In technical terms, flood zone X is outside the 500 year flood zone, meaning that there is less than a 1/500 chance (<0.2% chance) each year of a flood of approximately less than 1 foot.

***Please note*** Flood zones are helpful for selecting properties, but there can still be local flooding even within the non-Special Flood Hazard areas. The example picture with a 16 inch tall flood line was in Zone X in Honolulu.

This zone is also known as X(Shaded). What it means, in short, is one of two things:

2) That the property would be in a 100 year flood zone (a greater than 1% risk of a flood of an average depth of less than 1 foot each year), except that there are levees (natural or artificial walls) that protect the property from this 1% risk of flood.

(equal to or greater than 1% flood risk each year)—These are also the zones that will usually require you to carry FEMA Special Flood Hazard Area insurance!

This area falls within the 100 year flood zone. In other words, there is a 1% or greater risk of a flood each year. However, in an “A” zone, the have been no determinations made about what, exactly the base flood levels could be. In other words, the flood levels could be any depth. In essence, it is a bit of a roulette wheel unless engineers are called in to make assessments regarding the flood levels. For most folks, buying in this type of zone would be high risk. However, many of these properties are also located in gorgeous areas along hillslopes with beautiful panoramic ocean and mountain views. However, buyers should be cautious and weigh the pros and cons before buying in this area. Flood insurance costs will be very high in these areas, generally.

This area falls within the 100 year flood zone. In other words, there is a 1% or greater risk of a flood each year. Unlike A, however, base flood levels have been determined by professionals, and as an investor or homeowner you can see the expected base flood level. That said, these areas usually have a risk of a flood greater than 3 feet in depth. Often the water is moving downstream and it may be moving quickly. These areas often fit the stereotypical look of a “flash flood” where a river appears out of nowhere running down a hill. So, where are properties like this located? They are usually near the bottom of a long sloping landscape, for example, where a stream or a waterfall might be. As funny as it sounds, some of the lushest, most beautiful properties in Hawai’i are actually in AE zones. For properties like this, it is very important to review not only the flood maps, but also the flood velocity designations (where available) for these properties. As a general rule of thumb, there more development down the sides of the mountain and into the valley, the more likely there will be an AE zone. AE zoned properties are often gorgeous, but there is a much higher risk of property damage from flowing waters in these areas. Flood insurance prices may be higher than in other areas. This is one of the more common flood zones in the residential developed valleys, so you should ask your Realtor to help you review the flood data for these properties.

This designation is for properties that are usually on the bottom of a hillslope, and are for areas within the 100 year flood zone. In other words, there is a 1% or greater risk of a flood each year. Like AE, the flood level is known in this area. However, unlike in AE, the floods are average flood depths of between 1 and 3 feet. However, these floods largely consist of flowing water. For properties like this, it is very important to review not only the flood maps, but also the flood velocity designations (where available) for these properties.

This designation is for properties that are usually on flat land and have slow pooling-type flooding. These areas are within the 100 year flood zone. In other words, there is a 1% or greater risk of a flood each year. Like AE, the flood level is known in this area, and unlike AO, the water doesn’t move much. In AH, there are average flood depths of between 1 and 3 feet, but, again, they are pooling floods rather than flowing floods. These usually occur at places where there is a low elevation near wetlands.

Resources to learn more about your flood zones: 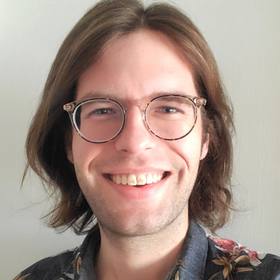 Nice explanation and photos. Wouldnt it be great if all homebuyers and sellers understoid this. It would surely help in determining affordable housing for each individual client. Thanks for sharing your knowledge.

Makena Surf’s Personal Appeal Growing up on Maui, I remember countless summers exploring these beaches in front of Makena Surf. …

Do you want a house, a community or a lifestyle? Do you want all three? If you’re looking for a …

Discover Your New Lifestyle at Puamana, Maui, With This Stylish Two-Bedroom Townhome

Discover your new lifestyle in Puamana: A two-bedroom townhome at 15 Puakukui Place #2 is now available for full fee-simple …

Soundtracks – What Are You Listening To?

What do you think of when you hear the word, “soundtrack?” If you are like most people, you probably think …