Which Hawaiian Island is Your Island?

You know you want to move to Maui but you are unsure about which Hawaiian island is right for you? Well great, I can help!

First, I will give you a brief history of Hawaii. Second, I will provide you with information on the 4 major islands along with a brief story of a time I spent there:

There are eight Hawaiian islands:

However, I will focus on the four most common islands to move to: Oahu, Big Island, Maui, and Kauai.

Hawaii was first settled by the Polynesians as early as 400 C.E. (Smithsonian). Polynesia includes Tonga, Samoa, Tahiti, New Zealand, and many other islands. The first European explorer, James Cook, arrived in Hawaii in 1778. By 1810 King Kamehameha I united the Hawaiian Islands into the royal Kingdom of Hawaii. Soon Christian Missionaries arrived and brought disease which would wipe out over 75% of the Hawaiian population. Sugar Cane production brought in an influx of immigrant workers from Japan, China, and the Philipines starting in the 1800s. Asians are now the largest demographic of people in Hawaii (US Census Bureau). Ninety years later Hawaii was declared a US territory after President McKinley annexed the islands in 1898. In 1959 the islands became an official US state.

Hiking up to Crouching Lion is like nothing I have ever seen before. The water looks like one of those HD videos you see on a big screen at Costco — fake. It shimmers so many blues. These ridgelines are Jurassic Park-like and only minutes away are some of the cleanest waves in the world! Boy am I lucky. Last night in Honolulu I had an amazing fresh caught Ahi steak, and now I am sitting on top of the world looking at one of the most beautiful lookouts I have ever seen.

Hawaii aka the Big Island

Ever since I got here everyone has been more than welcoming. My Hertz bus driver started it off telling me about some amazing hidden beaches and earlier a local told me to go where I stand now: the night market at the base of Kīlauea. Not only is there amazing Lau Lau and Kalua pulled pork (Hawaiian delicacies), there are bikes you can rent and ride to the lava flow! The ground is literally alive beneath me, molten lava glowing red in the distance. This island is alive! It is growing. It is fertile. It is new!

Today I am setting up my 7-meter Ozone Reo getting ready to ride some clean overhead waves. The wind feels warm on my cheeks and the water is a translucent aqua. This is my favorite place in the world! Honu (sea turtle) pop up beneath me as a glide over the oceans glassy surface at Kanaha Beach Park. The sun is shining. It’s another day in paradise. 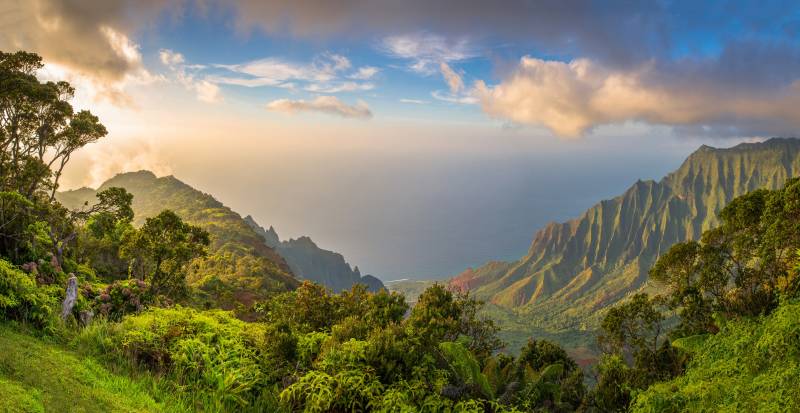 Barefoot trail running the Nā Pali Coast on the Kalalau Trail I can hear the beat of my feet beneath me as they strike the mud softly. The view is something that you can only imagine. It looks as if I am standing in front of a panoramic painting. Is this real?! The sheer cliffs against the aquamarine water with the red of the flowers popping against the foliage with leaves larger than my entire body (and I am nearly 6 foot). Am I even on Earth anymore?

Please feel free to contact me or check out more of my blogs if you are interested in finding out more about properties in Maui, or if you would like me to put you in contact with an agent on one of our other amazing islands. We truly all live in paradise, and there is no bad choice, it’s all about finding which island speaks to you and then making the journey home! 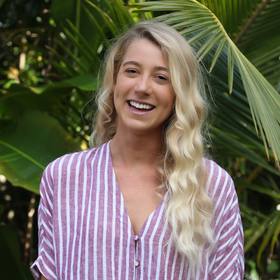 Lena Stroheker is a REALTOR Salesperson with Hawai'i Life. You can email me at LenaStroheker@HawaiiLife.com or via phone at (808) 264-0455.

Strategy and Style: Keys to Getting Your Offer Accepted

Do You Have an Offer Presentation Strategy? Does your agent present your offer in the best possible way? Are you …

Mahalo NUI to our ‘Ohana and Clients for the Referrals

Many of us at Hawaii Life have deep roots in the islands, and our business thrives on referrals from our …

Things To Do in Kalama Valley

Is Oahu’s real estate market still sizzling? Are you thinking about jumping into this market? Hi, I am Fawn Bertram …