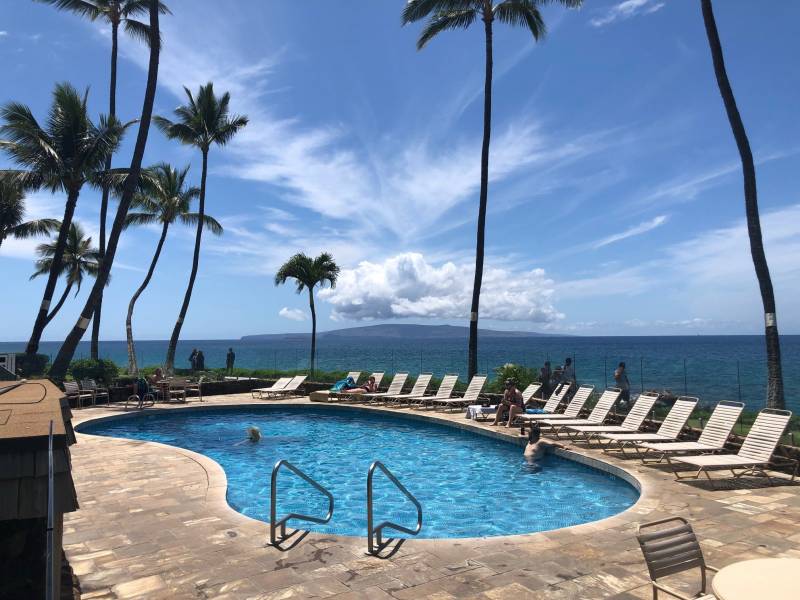 Royal Mauian is a landmark 6-story building on Maui’s favorite shoreline, sandwiched between Kamaole beaches l and ll, just a cushion of green lawn and oceanside pool sits between it and the ocean. Built in 1973, its prominence and majesty has Royal Mauian seeing consistent 5-star reviews by its guests who refer to it as the “Queen of Kihei.”

A gem of a property, with 1-bedroom, 2-bedroom and a 3-bedroom floor plans, is known for its crowning glory, its rooftop open air deck at the 7th level. This private top floor offers breathtaking 360-degree panoramic views that showcase Haleakala, the surrounding islands of Kahoolawe, Molokini, distant Lana’i, Maui’s own Kahalawai mountains, and an endless horizon. Equipped for regally entertaining, the rooftop has a number of gas barbecue grills, dining tables, a communal kitchen space and restroom facilities, an unparalleled perch from which to watch majestic sunsets, and enjoy clement evenings under the unobstructed sky, lit by a canopy of stars. 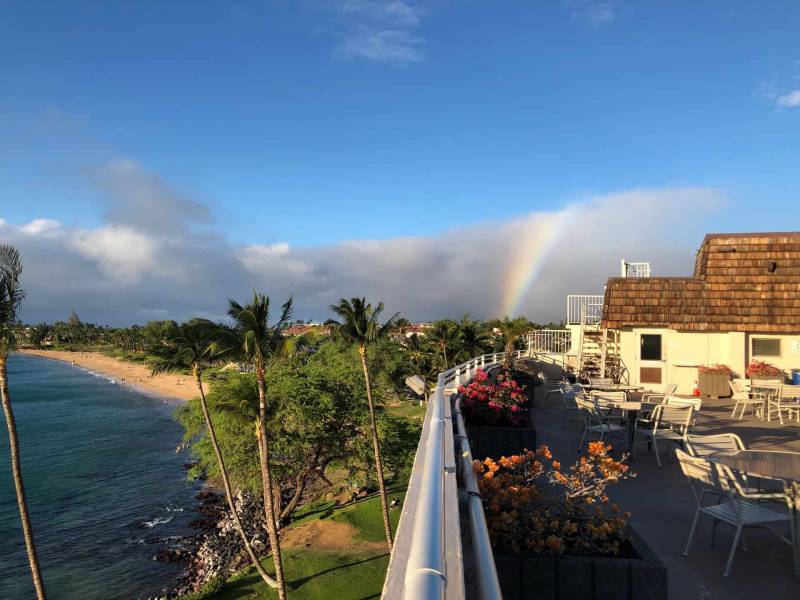 Ranked by many as Kihei‘s gem property, it is fair to say, as attested to by “royal” approval (the dedicated Board at Royal Mauian that governs the building), this is a grand place to own Fee Simple oceanfront property in Maui! We only have so much land in Maui and less still is waterfront availability. Royal Mauian stands out as a firm favorite when considering a vacation rental property in Kihei!

If you would like to sign up here to get my market updates on Royal Mauian, I can be sure to notify you so you are one of the first to know when we see Royal Mauian condos land on the market. 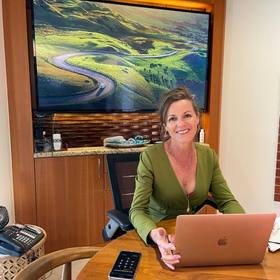 10 Reasons These Are the Most Popular Wailea-Makena Condos

Warm weather and a sunny, sandy coastline are just part of the allure of the Wailea-Makena area on the island …

Papakea Resort is one of the earliest condominium projects built in the Honokowai area of the West Side of Maui. It …

Shores of Maui – Enjoy the Ocean Views From The Pool!

Yup. That’s the view from the pool at Shores of Maui. Pretty epic, huh? Here’s another if that didn’t move you… …

Maui Lani Terraces in Honokowai has been a perennial favorite among Maui’s west-side residents for multiple reasons. At any given …