The Cost of Living in Hawaii – How Does Your Island Rank?

It’s hard not to have a deep love for the unique landscapes, people, and attractions that make each Hawaiian island special. Many residents love to staycation here at home just to experience the lifestyle and natural beauty of another island. If you’re like us, a weekend inter-island getaway can get you thinking about living on one of the neighbor islands. But how does each island rank when it comes to cost of living? If you’ve ever wondered about making a move, or how the cost of living varies from Maui to Oahu, from Kauai to the Big Island, then we are here to help.

You may think you already know the basics. Hawaii Island is the cheapest and Oahu is the most expensive. But is this actually true, and why? We rounded up some stats on the most and least expensive islands across several categories; housing, electricity, gas prices, and public transportation. We also included a rundown of the median income across the islands. We excluded some cost categories, like food, car costs and insurance rates, as well as healthcare, since these expenditures can have wide variances from one individual to another. 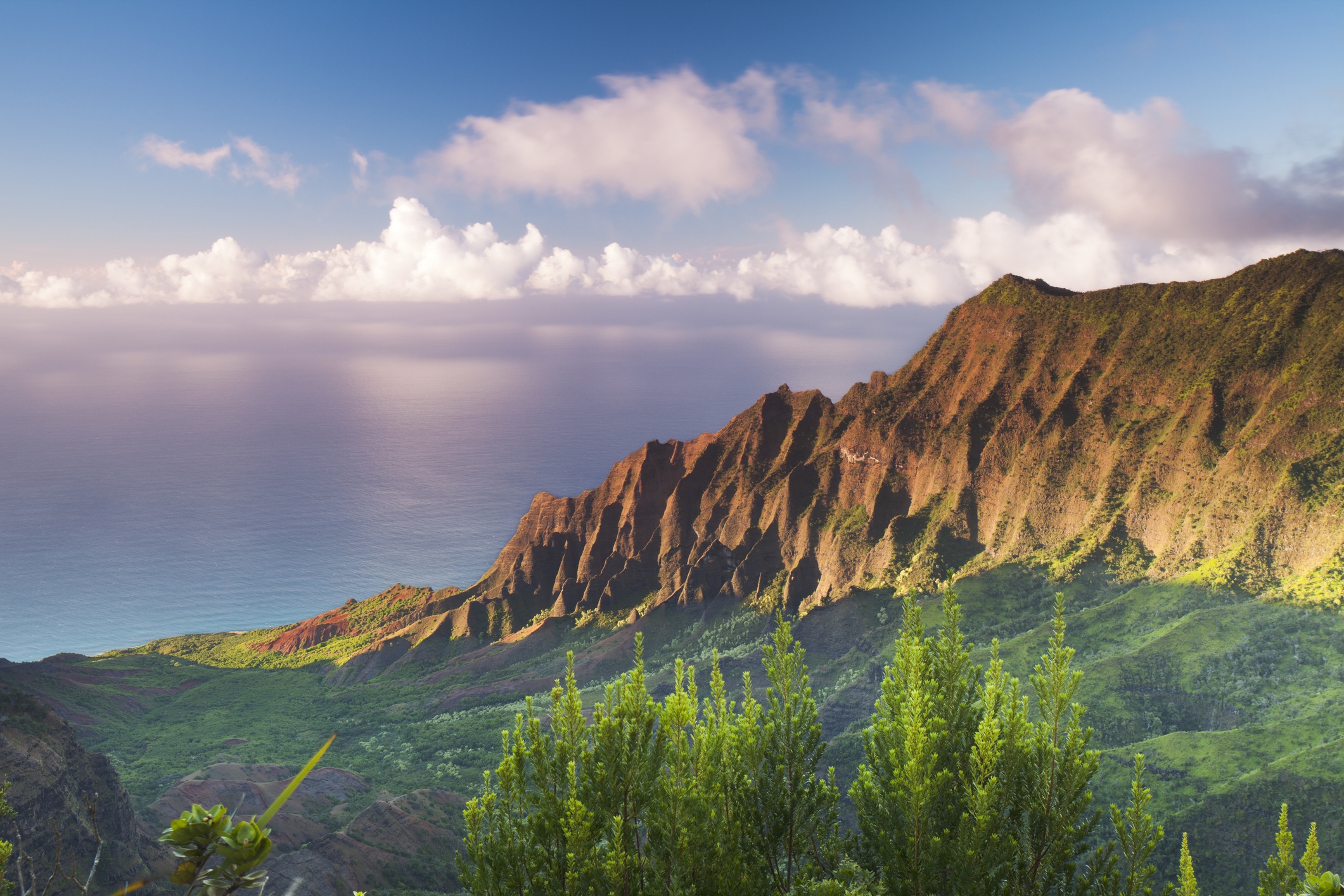 The National Low Income Housing Coalition (NLIHC) reports that a full 43% of Hawaii residents are renters, rather than homeowners. They also report that the 2-bedroom housing wage – that’s the hourly wage needed to afford Hawaii’s elevated cost of living – is a whopping $35.20 per hour. That means that if you’re living in a two-bedroom home and assuming you have two adults in your home, you need to earn a combined income of $1,480 per week (that’s 40 hours x $35.20) to keep pace with Hawaii’s housing costs. As a single person, you need to make that much on your own, or else find other ways to cut costs. You can check out our recent post How to Offset The Cost of Living – A Few Tips From Locals.

In addition to detailing the requisite hourly wage, the NLIHC’s report breaks down housing costs by county. Hawaii County is the clear winner here, where free market rent for a 2-bedroom is just $1,271. In Kauai County (which includes the islands of Kauai, Niihau, Lihue, and Kuala), fair market rent for a 2-bedroom is $1,463 per month, as compared to $1,568 in Maui County. The latter includes Lanai, and most of the island of Molokai, except for the small portion that comprises Kalawao County. In Honolulu County, the fair market rental value of a 2-bedroom is a whopping $1,982 per month. That’s almost 55% more than on the Big Island! 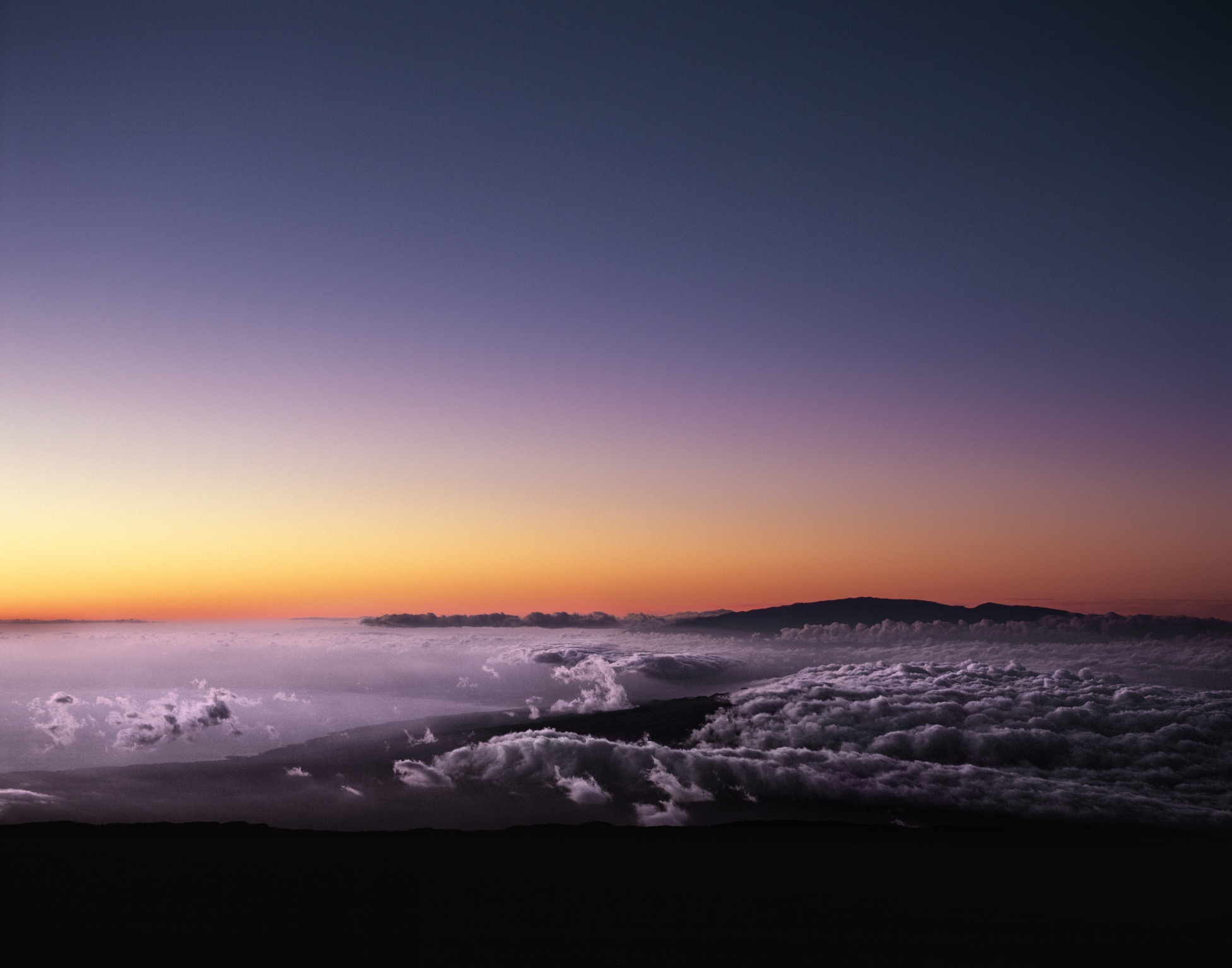 Above the clouds, Mauna Kea, Hawaii

Okay, let’s balance those housing prices out with income and availability of jobs. Oahu is the business hub of Hawaii in many ways and the bulk of the population lives here due to the availability of jobs. Also, the average wages are higher on Oahu. Median household income on Oahu is $74,460. The U.S. Census Bureau’s website lists Hawaii County’s median income as $52,108, Kauai County’s income as $65,101, Maui County’s income as $66,476. So yes, Oahu has significantly more expensive housing, but it also offers, on average at least, higher salaries to residents there. Jobs in certain sectors are more plentiful, of course, but almost every island has plenty of jobs in tourism. Honolulu, however, is home to more varied industries – so it really depends on your skill set and what you envision for your Hawaii lifestyle.

According to Hawaii Energy, our state ranks No. 1 in the nation in electricity costs. Our electricity is currently fueled largely by coal and oil, but the state has committed to change that. The Hawaii Clean Energy Initiative aims to switch our entire state over to renewable energy sources by 2045 – an ambitious target but one well worth pursuing. Until that happens, electricity costs remain the highest in the nation for Hawaii residents. While the average American spends 11 to 12 cents per kilowatt-hour of electricity, Hawaii residents are currently paying as much as 33.9 cents per kilowatt-hour, according to hawaiienergy.com. 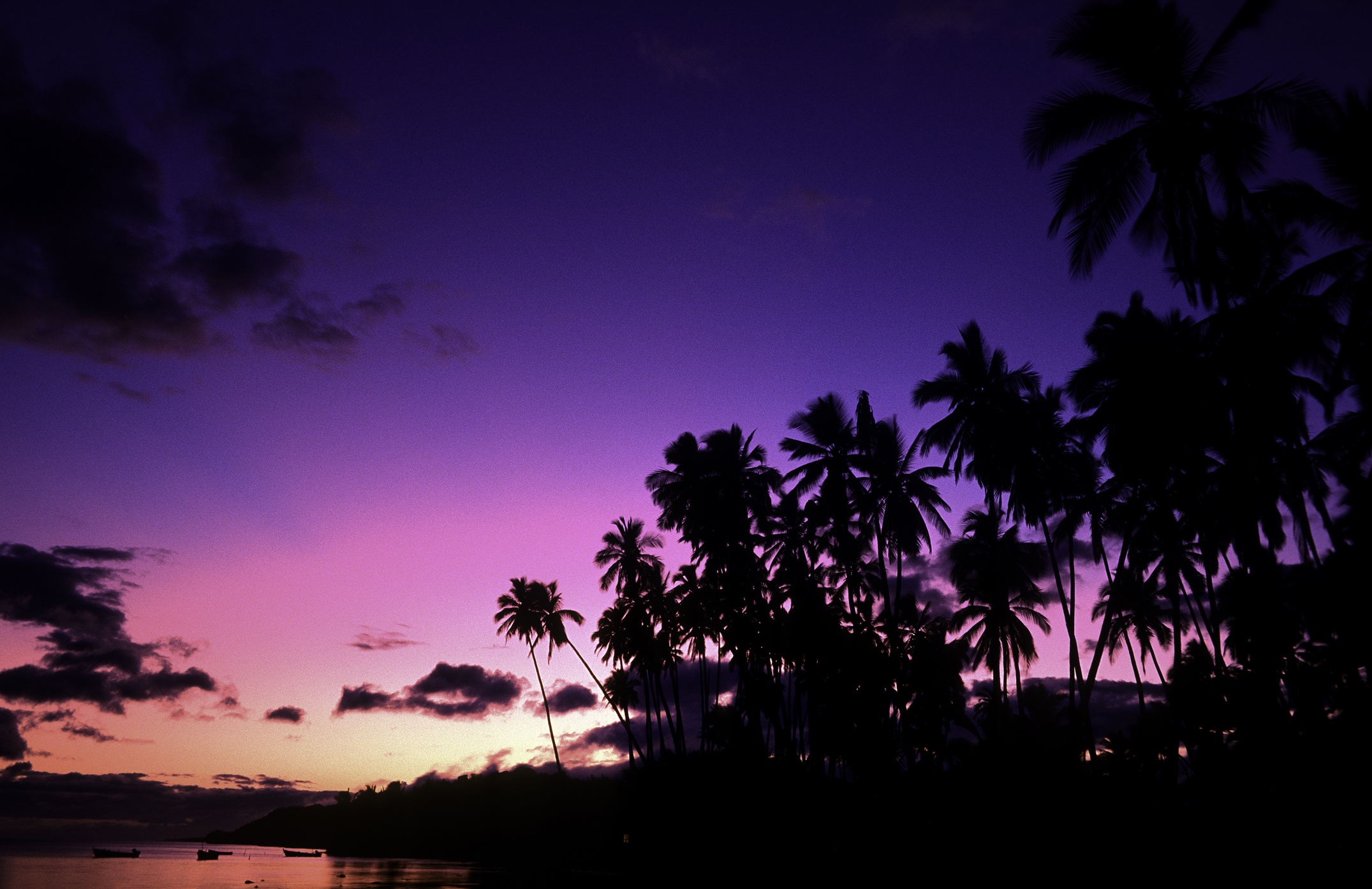 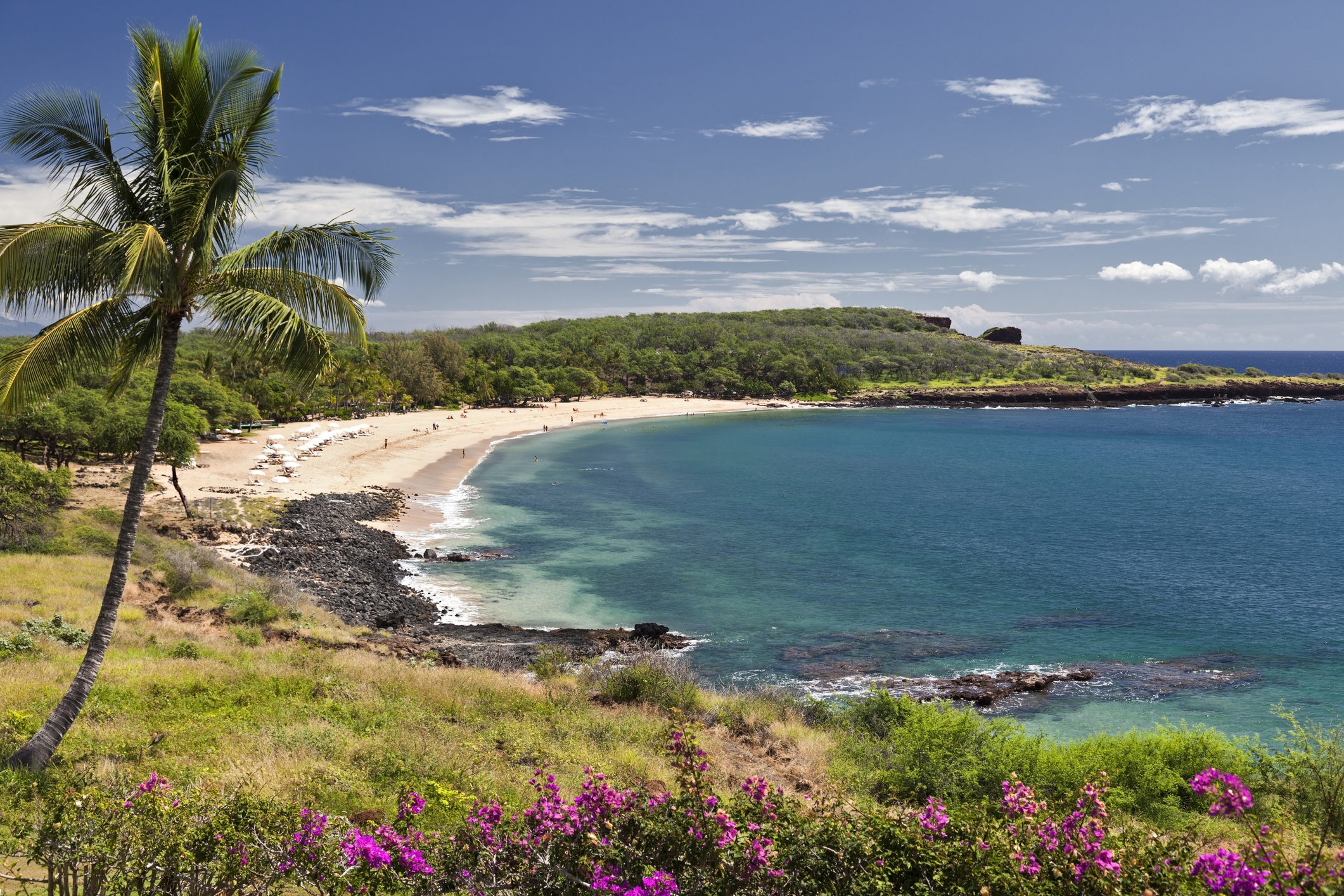 Manele Bay on the Island of Lanai, Hawaii

According to GasBuddy, Oahu is the least expensive place to fill up your tank. We can surmise that the sheer volume of residents and fuel sales mean that gas station owners can spread the hard costs of doing business (their rent, for example) across more consumers, driving the cost down per gallon down a tiny bit.

Oahu has a comprehensive public transportation system, consistently ranked as one of the best mass transit systems in the country. One-way fare is $2.50 and a monthly, unlimited pass is $60.

Maui public bus transit system costs $2 for one-way and $45 for a monthly pass. While sometimes unreliable, the system does have an app with a tracker. Kauai’s bus system has two fares: $2 for the mainline and $.50 for the shuttle. They also offer a $40 monthly bus pass for frequent riders. Buses leave about once every hour.

Hawaii Island is somewhat lacking in public transportation, especially since it has the second largest city in the state. While a one-way fee on the island’s buses (called Hele-On) is only $2, the buses are often criticized for being unreliable and limited. To ease the burden, the island’s mass transit system does offer a shared taxi program. At its cheapest, you get 15 tickets for $30 and each ticket can take you about 4 miles. However, there are a lot of limitations as to the number of tickets that can be used, taxi companies that actually participate in the program, and reliability.

Every island finally has access to Uber, though some of the more remote areas are hard pressed to find drivers in their neighborhood. The recent introduction of Biki Bikesharing in Honolulu, as well as Zipcar, a car-sharing service, have helped to ease traffic on the city’s overburdened roads while making driving a car more accessible for many families. Planned urban developments like Ward Village are geared towards making a walkable lifestyle, with lots of convenient and accessible amenities, a reality for many Honolulu residents.

Thanks for writing and compiling the information in an organized and neatly manner!

I want to start off by stating I lived in Hawaii for 10 years moved there from California where I lived for 16 years, and lived on Oahu for that long and of course my income was not great I had to live in a housing authority, nice one bedroom very nice home. and I paid like $99 a month then in 2009 I left to go back to north Carolina as family were becoming ill and my fathers time as a veteran of US army he died in 2012 I got his retirement income and for my disability, so yet I loved Hawaii, more than anything. it was great place for my health, I never lived on on neighbor islands, I wished I did lived on big island as cost is lower for what I heard,but am now living in Arizona where I formerly lived in 1970s I am now already 58 years old. with a car loan and making car payments every month I keep lights off at night to keep electric bill cost down so low that’s is about it I would love to move back to Hawaii and live my live there I wish there was a way to do that again and ship my stuff and car over there without wasting shipping dallors and buying stuff waste money giving it up its a heartache, people say why not try own a house and make payments oh sure I wish but credit is bad will not allow me to own anything per the government of the US is doing this to us to block us they are like dictators, I would sincerely love to go back to Hawaii to a different island not Oahu no more as its too big a city and to high cost forget it noisy too, big island would be a better option and a choice too quiet and peaceful too I hear that much about it, I just am trapped and don’t know where to turn on this,……..

Youre so cool! I dont suppose Ive read anything like this before. So nice to find somebody with some original thoughts on this subject. realy thank you for starting this up. this website is something that is needed on the web, someone with a little originality. useful job for bringing something new to the internet!

very interesting points you have noted, appreciate it for putting up.

It is very beautiful beach and cost. The best place to get cool photos and make story for instagram. I know one site to get insta story views for beginners https://soclikes.com/
I use it myself from time to time

Please update all costs for 2020 in order to be usable and relevant. Thanks

Housing Demand Continues and So Does the Housing Shortage

How do you define insanity? Some say it is doing the same thing over and over and expecting different results. …

First of all, thank you to the Honolulu Board of Realtors Leeward Regional Group for hosting our monthly meeting and …

⭐️Kohina Lottery News⭐️ Kohina is one of the newest developments in Ho’opili. Kohina will consist of 276 multi-family homes and commercial …