Jill Caisey used to curl up with her husband Chris in their seacoast home in New Hampshire and dream about a life in Hawai‘i. Their weekends were spent skiing in nearby Vermont, but they’d wrap them up on Sunday evenings “religiously binge-watching” episodes of HGTV’s Hawai‘i Life. They imagined trading in their ski weekends and those frigid East Coast winters for a life spent surfing, paddle boarding, running and biking. 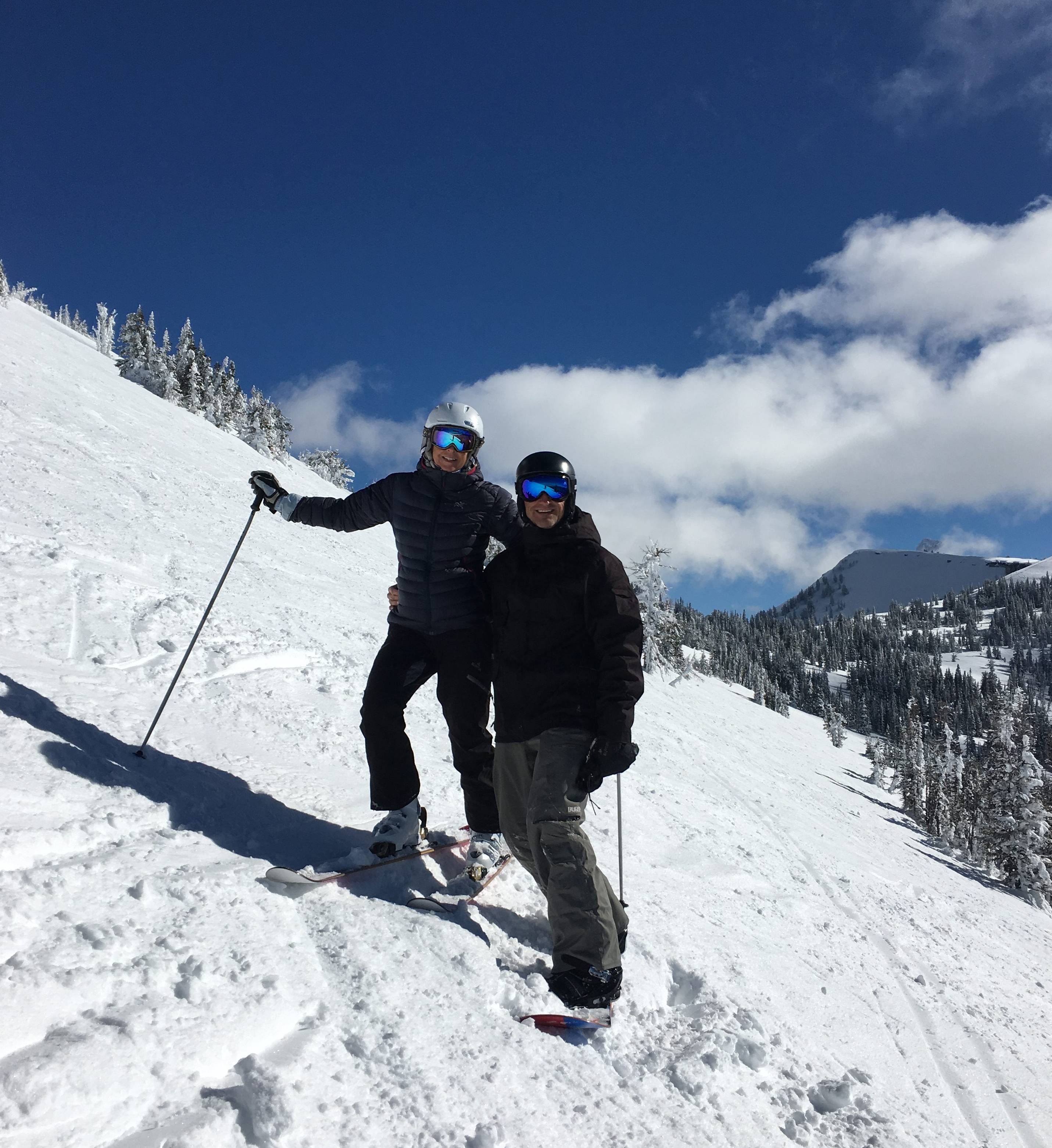 A Proven Track Record in Sales

With a thriving career, Jill was a driven sales professional with a proven track record in Biotech and Medical sales. She and her husband had visited O‘ahu, Maui and the Big Island on incentive trips – vacations earned by the most successful sales professionals within her company’s national team. In 2011, Jill’s employer suggested a potential need for a full-time salesperson in the Hawaiian Islands. With more than 30 sales awards to her credit, she was being considered for the role. Jill and Chris began to imagine their Hawai‘i life becoming a reality. 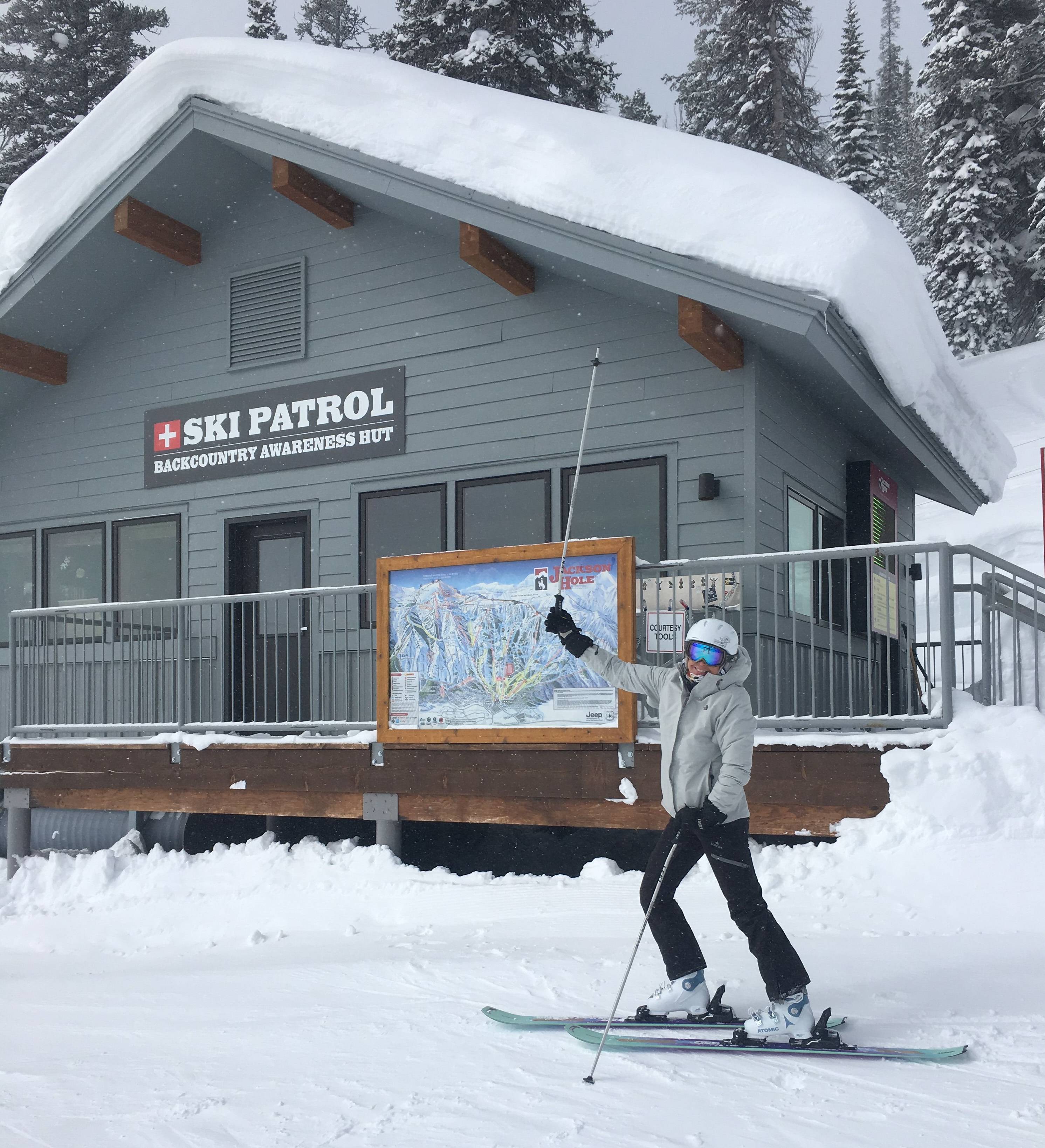 Several mergers and acquisitions later, her company’s job role in Hawai‘i hadn’t materialized. One evening, four or five episodes into a binge session, Chris declared, “We should be on that show!” Then he set the wheels in motion and reached out to the show’s production company. They set up a simple Skype interview. “We were already planning a 3-week trip to Kaua‘i, which was the only island we hadn’t been to yet. Our vacation quickly turned into a home-buying mission,” explained Jill, now in her first year as a professional realtor with Hawai‘i Life.

A Cross-Country Move to Kaua‘i

Chris and Jill appeared on HGTV’s program in 2013, on a house-hunting mission that led Jill straight to Hawai‘i Life’s doorstep. The episode was called “New Hampshire to Kaua‘i”. It appeared in Season 2 of the HGTV’s popular program. “We took a giant leap of faith and moved across the ocean to recreate our life on Kaua‘i. I remember being filmed for the show and thinking that one day I would be an agent for Hawai‘i Life,” said Jill. She and her husband purchased a home in Kapa‘a, on the East Side of Kaua‘i, and they moved there in 2015. A little bored with her self-imposed early retirement, Jill sought out Hawai‘i Life as a means of flexing her sales muscles while also keeping a flexible schedule to enjoy her new lifestyle.

As for the career change, Jill is enthusiastic about her choice. “I love the culture at this company, and I believe it to be one of the truly genius marketing engines of the entire real estate industry. This company feels like home for me and thankfully I have used my work ethic, along with the tools provided here, to gain momentum early on.” She’s enjoyed some early successes, and her new role as a realtor allows her the flexibility to travel and to work remotely when she needs to. 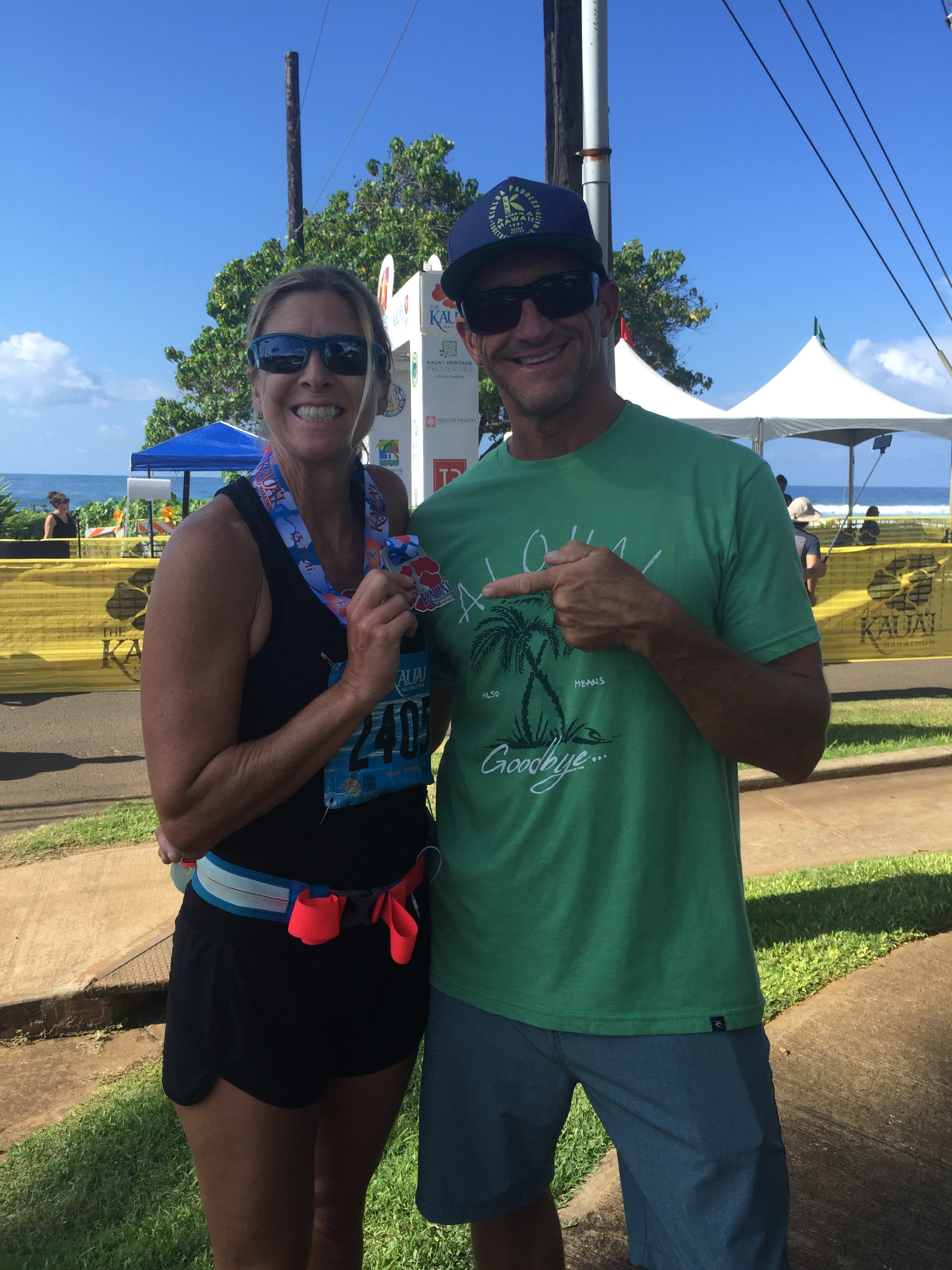 Jill’s been enjoying her Hawai‘i lifestyle on Kaua‘i for the past three years with her husband Chris and daughter Ella. They enjoy surfing, hiking and biking. “It feels like a very healthy lifestyle living here. We are no longer dealing with winter, where you’re sedentary and stuck in the house, and you make every excuse not to go outside,” said Jill. While they used to surf occasionally in wetsuits in New England, they couldn’t do it often enough. These days, Chris has worked out an evening work schedule so he can surf every day.

We caught up with Jill on the tail-end of the family’s return from a 10-day ski trip to Jackson Hole. They’re still able to play in the snow now and again. Jill’s advice to anyone thinking of moving to Hawai‘i? “You have to stick it out through the initial bumpy patches, but what we’ve found is that the kids that live here, they appreciate what they have. They really do appreciate the beauty of the island,” Jill said. Their daughter Ella has now settled in as a junior in one of the local high schools. She’s learned to surf, too, and enjoys capturing the beauty of the island with her camera and her friends. 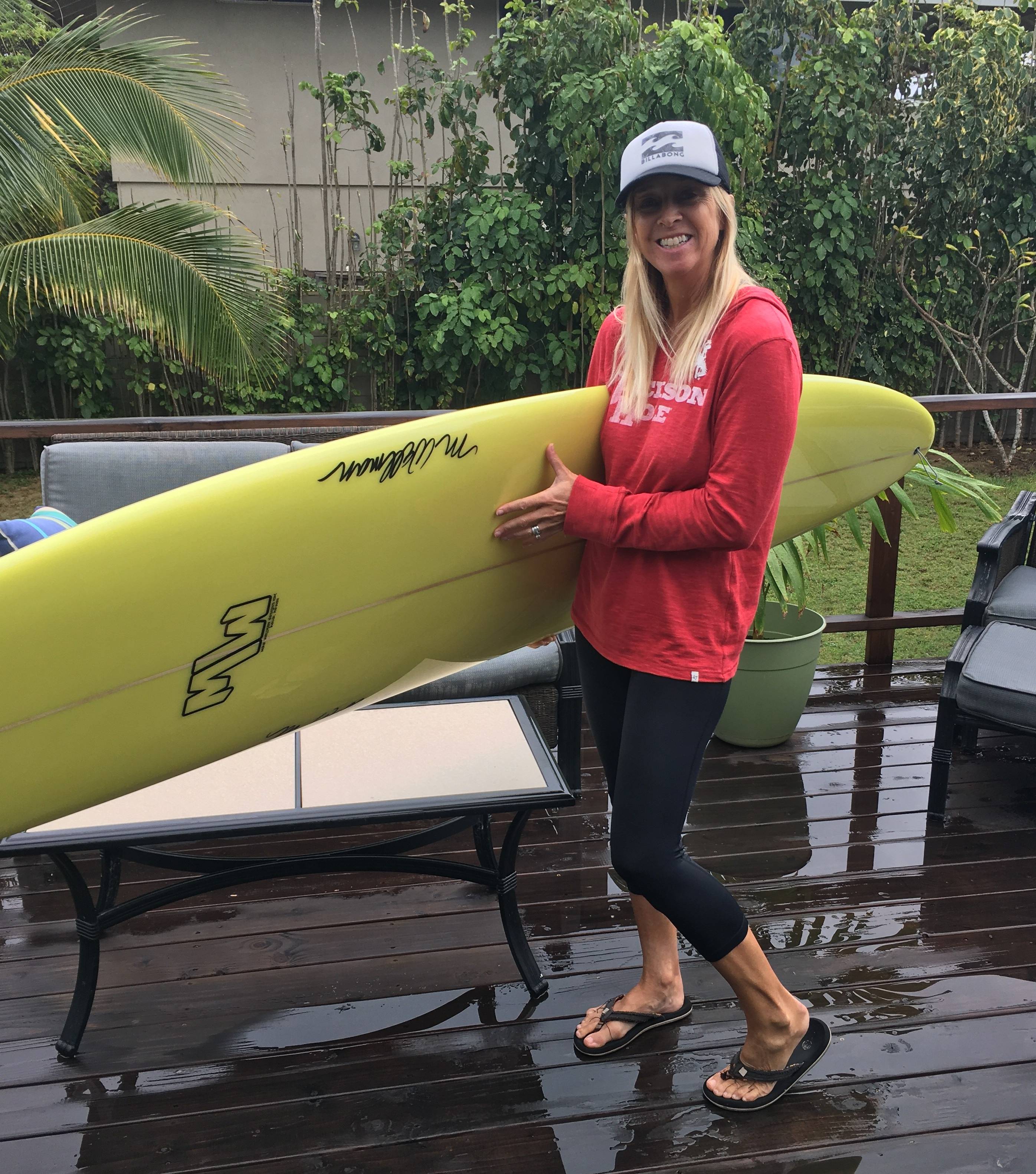 If you’re dreaming of a Hawai‘i Life and would like to appear on the upcoming seasons of HGTV’s Hawai‘i Life, please email the show’s casting director at to hicasting2@gmail.com. If you’d like to know more about Jill’s experience on the show, or about her successful transition to a Hawai‘i lifestyle, you can contact Jill to talk story. “I look forward to helping other families and couples who are inspired to make a change,” said Jill.

Get in touch with Jill: 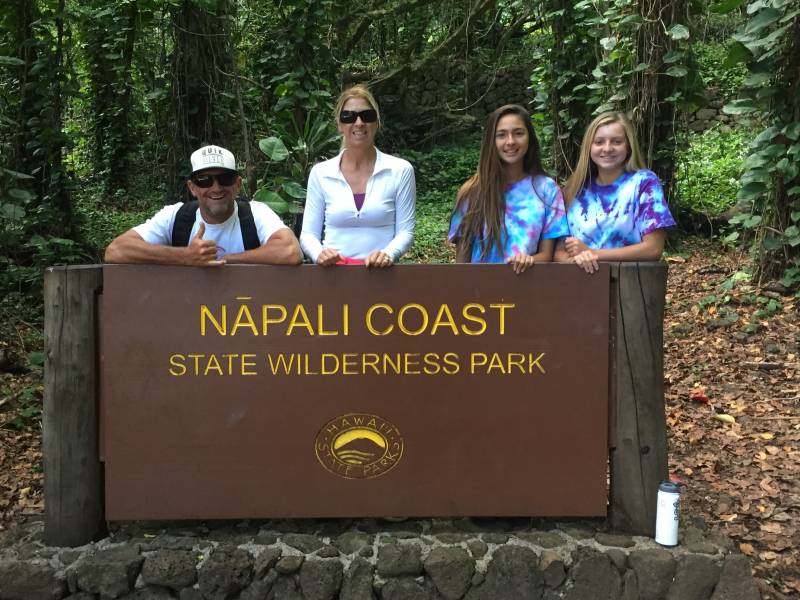 Jill and family hiking on the North Shore of Kaua‘i.

A beautifully remodeled turn-key furnished 3-bedroom, 3-bathroom Golf Villa’s home just got listed!  This villa is nestled between the 3rd …

Kauai is famous for its lush landscape and beautiful green mountain slopes. The waterfalls, rivers and streams thought the island are …

You’ve searched the Maui homes and condos for sale, found a property you love, and made an offer that’s been …